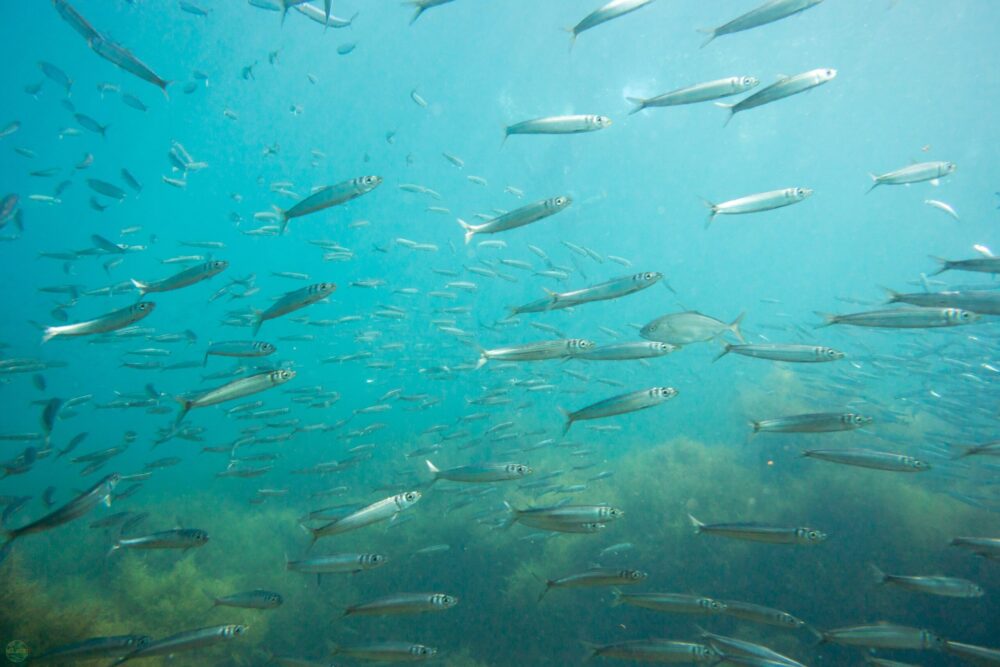 The herring are critical to the Haida Gwaii ecosystem, keeping it all in balance. The First Nations of Haida Gwaii refer to the herring as an “indicator species” and “cultural keystone species”, greatly recognizing their importance. In the Haida Gwaii culture, herring are referred to throughout history as a valuable resource and are to be protected. Some say, with spring the herring signify the food season, where life is coming back to Haida Gwaii.

The relatively shallow waters in Haida Gwaii, specifically, where Queen Charlotte Safaris goes to fish (in the Cartwright sound), are full of baitfish, including huge schools of herring, which provide perfect feeding grounds for the salmon. Each spring, the herring arrive by the thousands of tons to this pristine habitat on the B.C. coast, for their spawning ritual. Interestingly, herring can spawn for years throughout their lifespan, unlike salmon. This is ideal for the hungry, homeward-migrating salmon, where herring is most of their diet. Each spring, the salmon begin their migration from the Arctic southward in March, and they arrive to Haida Gwaii by April. Located right along the continental shelf, no matter where the salmon are headed home to spawn, they must all pass through Haida Gwaii. The salmon continue to migrate throughout the summer, wave-upon-wave, feeding on the herring, which uniquely allows Queen Charlotte Safaris to offer a lengthier fishing season than most. Three cheers for the herring that bring our beloved salmon!