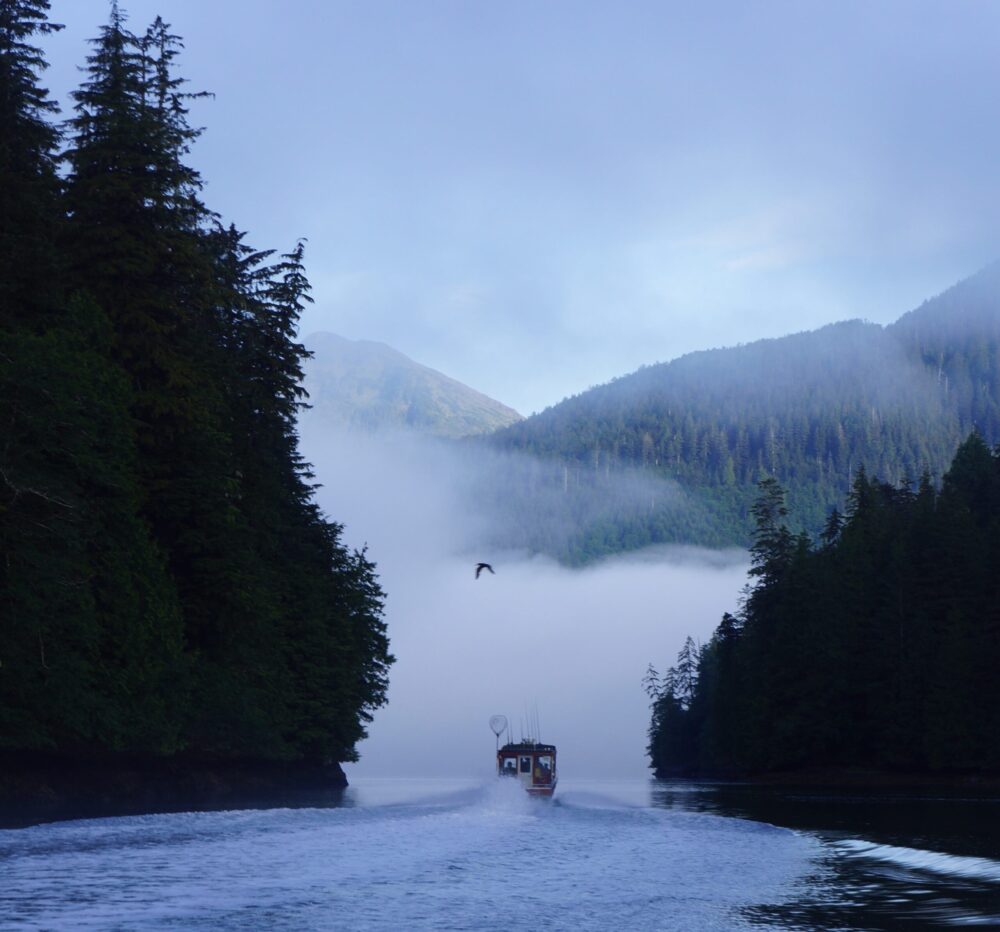 Queen Charlotte Safaris is located in Haida Gwaii in the little town of Sandspit. Sandspit is on the east coast of Moresby Island. And if you didn’t know, we do all of our fishing off the west coast of the islands in Cartwright Sound. So how do we get there? Well, we definitely don’t go around the island, that would take way too long. Lucky for us, there is a channel that goes between the northern and southern main islands (Graham Island and Moresby Island respectively). This channel is the Skidegate Channel.

The Skidegate Channel is narrow, winding, and fairly shallow. The depth of the channel is greatly influenced the daily tides. Because of the constantly changing depths it can be difficult to navigate through, if not impossible, for typical fishing boats with outboard motors. Even up to a few years ago, we had to go out to fish and come back to the lodge with the tide to make sure it was safe to travel through the Skidegate Channel. This meant leaving to fish at different times every day and sometimes leaving to fish before the sun came up! But we now have an amazing fleet of jet boats, so our fishing times are no longer as influenced by the tide. 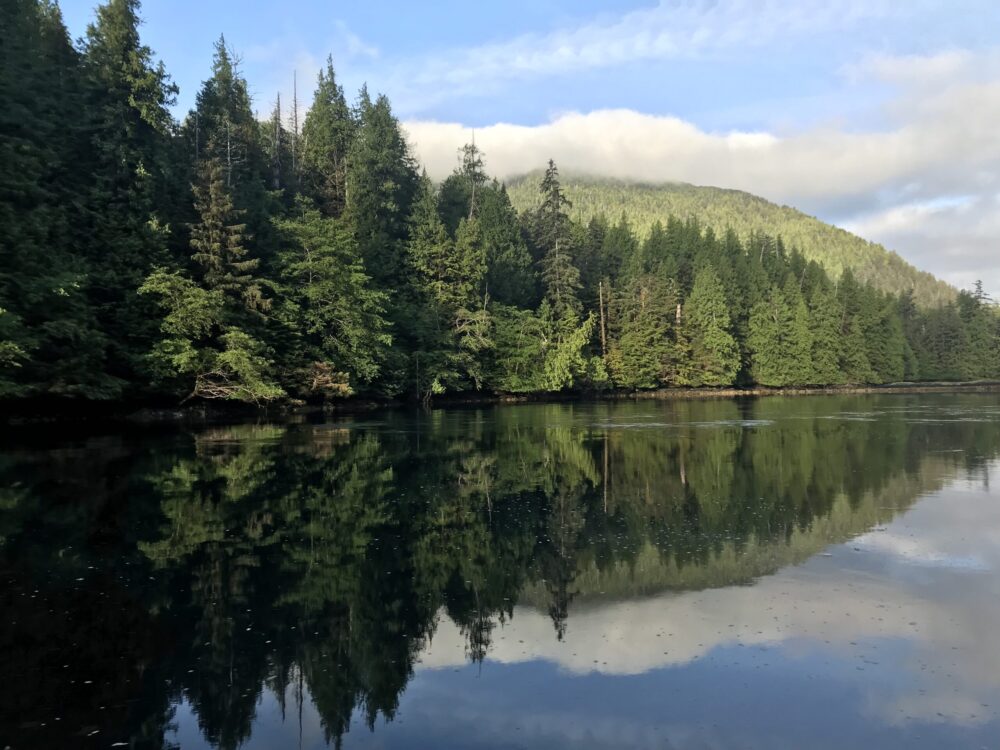 The travel from Sandspit to Cartwright Sound takes about an hour and it’s an incredible journey! The Skidegate Channel is a very scenic route, to say the least. The forests of Haida Gwaii go right up to the coasts, so the views from the boats are full of lush trees and little beaches. And not to mention all of the wildlife! Bald eagles often nest among the trees through the channel, and many can be seen flying and eating through this area. Deer and sometimes Haida Gwaii Black Bears can be seen on the beaches as well! The Skidegate Channel may be a long, winding journey, but we think it’s a journey well worth it.