What are Chinook salmon?

Chinook salmon are also commonly known as king salmon as they are the largest salmon species. An average adult Chinook salmon is about 3 feet long and 30 pounds. But they can grow to be up to 4.9 feet and over 130 pounds! Chinook are born in rivers, spend their adulthood in the ocean, and return to the rivers to spawn. While in the ocean, Chinook have silver sides, white stomachs, and are blue green on their backs and the tops of their heads. They also have black spots on their upper bodies and tail fins and have black gums, which is where they got their nickname of “blackmouth”. Chinook change in color when they return to the river they were born in to spawn and become brown and or red. Spawning females have rounded noses, while spawning males have hooked noses [1]. Chinook meat is red in color, has an oily and flaky texture, and is rich taste [2]. 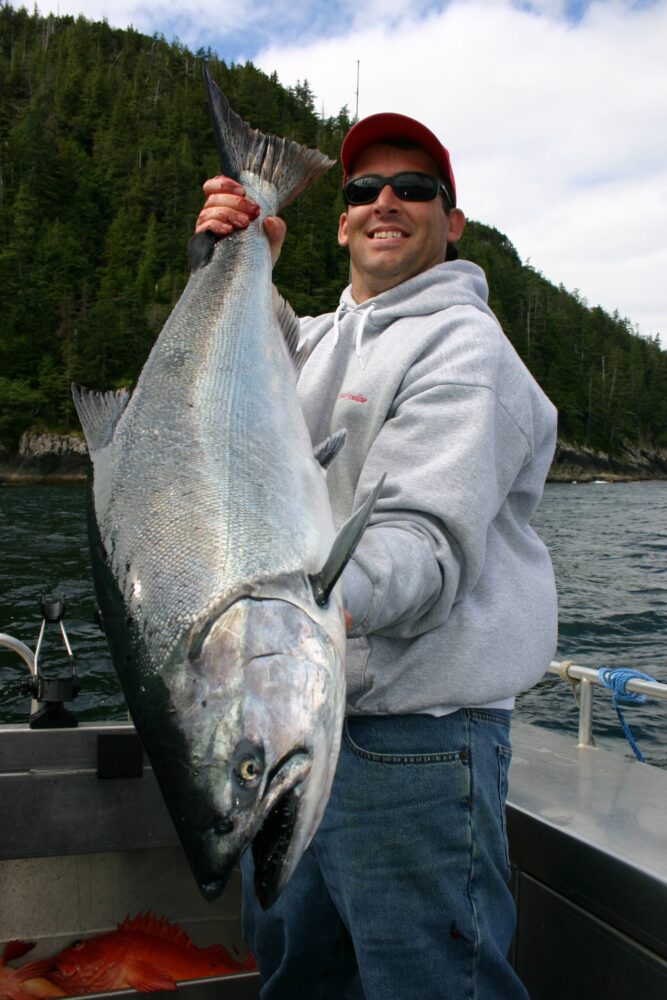 What are Coho salmon?

Coho salmon are also commonly known as silver salmon as they have silver sides and silvery blue backs. Adult Coho salmon that live in the ocean also have black spots on their backs and tails and they have lighter colored gumlines that Chinook. Like Chinook, Coho salmon return to the rivers they were born in to spawn and change in appearance when they do so. Spawning Coho are darker in color and have dark red sides. Spawning males have significantly hooked noses. At maturity, they are about 8 to 12 pounds and about 24 to 30 inches long [3].  Coho meat is pinkish-orange in color, has a flaky and firm texture, and a lighter taste that is even milder from larger Coho [4]. 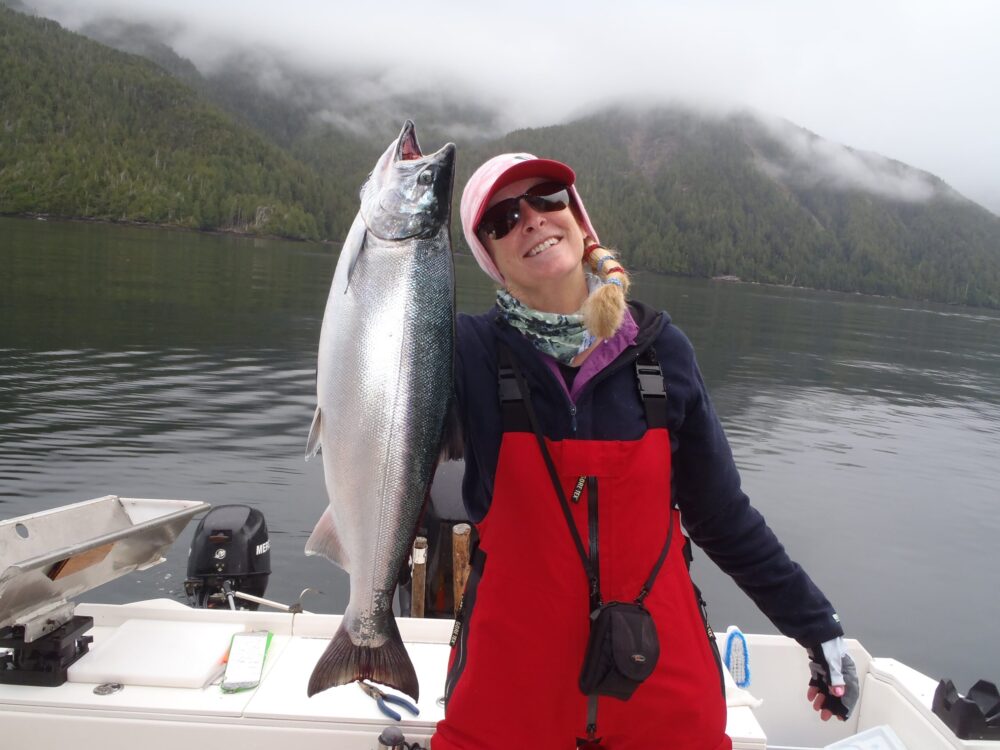 What do Chinook and Coho salmon have in common?

Chinook and Coho salmon have a lot in common. They both range from the coast of central California to Alaska and have similar life cycles. They are anadromous, meaning they hatch in freshwater rivers, mature in the river (a few months for Chinook and about a year for Coho), migrate to and live in the ocean for a few years (Chinook spend a little more time in the ocean than Coho), return to the stream or river they hatched in to spawn, and die after they spawn. Spawning females of both species make nests in the gravel at the bottom of rivers called redds for their eggs. When salmon die, they serve as great nutrients to the rivers’ ecosystems by providing nitrogen and phosphorous, creating a healthier environment for the eggs to develop and hatch [5].