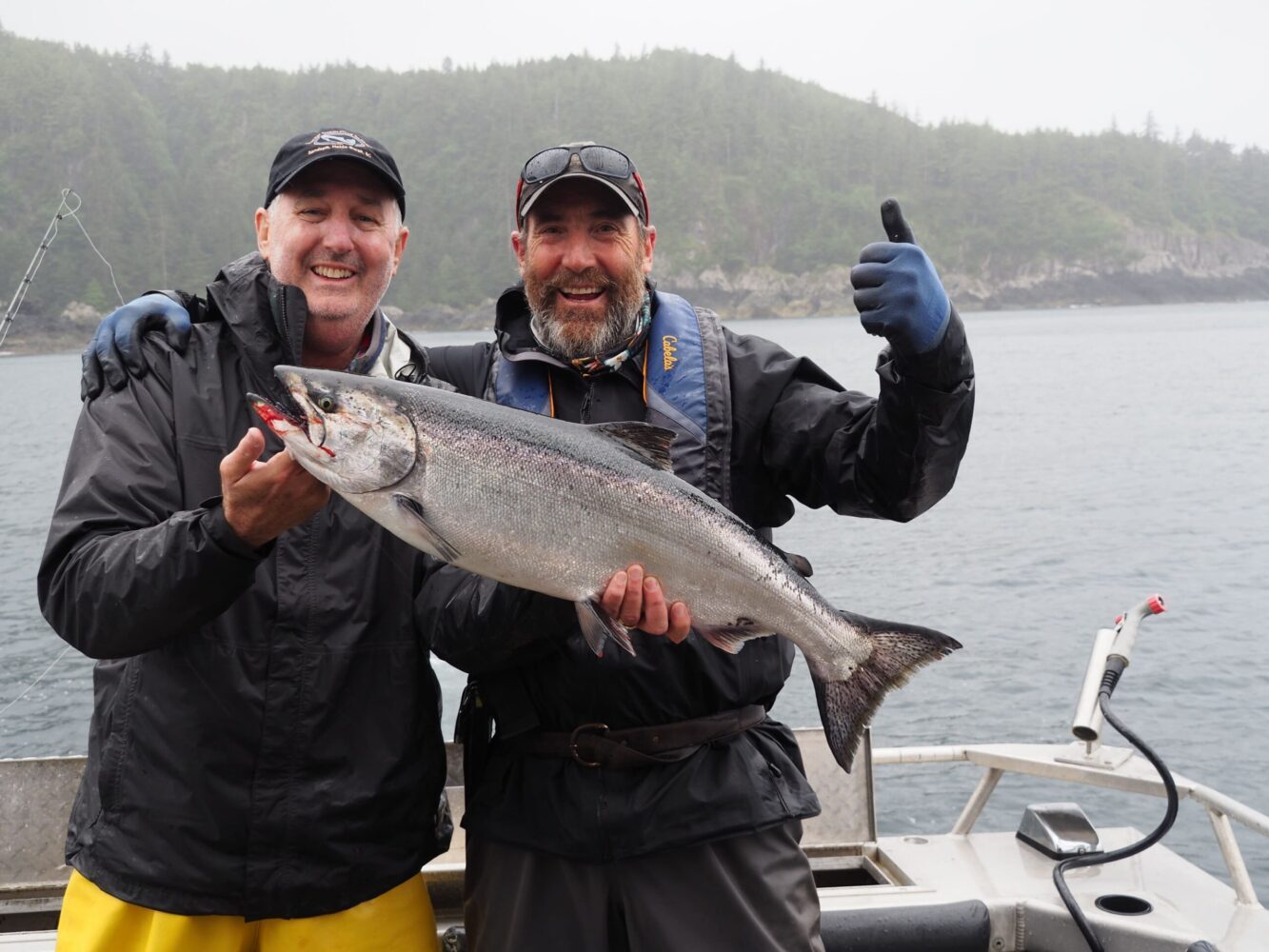 June has the longest days of Summer with more daylight than the later months. More time with the sun up means more time fishing, touring, and having fun!

Not only are June days the longest, but they are also the driest in Haida Gwaii! We never let the rain stop us from our fun activities, but that doesn’t mean we don’t prefer to spend our time warm and dry!

The early bird catches the worm! Or fish! Salmon begin their yearly migration from the Bering Sea in March and arrive in Haida Gwaii by the end of April. June is the beginning of the fishing season in Haida Gwaii, so there has been little to no fishing pressure on the fish during this time. And who doesn’t want to be among the first to fish of the season when it’s even more likely to get an amazing catch?

Did you know the busiest month of summer travel is July? Beat the travel crowds and go on your summer trip early! There will be less people in airports, on planes, and in Haida Gwaii!

Humpback whales migrate from Mexico and California up to Alaska in the late spring. June is the tail end of their travels and many of them pass through Haida Gwaii during this time (“Humpback Whale”). Humpback whales also tend to stick to the coasts at the beginning of summers for feeding, and because it’s the beginning of the fishing season, there’s more fish for them to eat!

Although there is a small population of grey whales that live year-round in British Columbia, most grey whales migrate from Mexico to Alaska in late spring and can be seen passing through the west coast of Canada in June (“Grey Whale”). Grey whales feed on small invertebrates in eelgrass beds that grow abundantly around Haida Gwaii which makes the islands a great place for a lunch break in June (“Eelgrass Beds”).

6. Best chance of seeing all other types of wildlife

In addition to whales, there are many other types of wildlife that are commonly seen in June. In June, you might see a northern fur seal during its migration to Alaska for the summer breading season (“Northern Fur Seal”). Sitka black-tailed deer are typically born in late May to early June, so it is the most likely to see a baby deer with its mother in June (“Sitka Black-Tailed Deer Biology”). And the Haida Gwaii black bears come out of hibernation with their cubs in May and are most commonly seen in June (“Haida Gwaii Black Bear”). Did you know that Haida Gwaii black bears are endemic to Haida Gwaii and can’t be seen anywhere else in the world?

Is there a better way to celebrate Father’s Day than by fishing? We don’t think so. Here at Queen Charlotte Safaris we know how to celebrate. For this June holiday we have fun games, specialty cocktails, and a delicious surf and turf dinner!